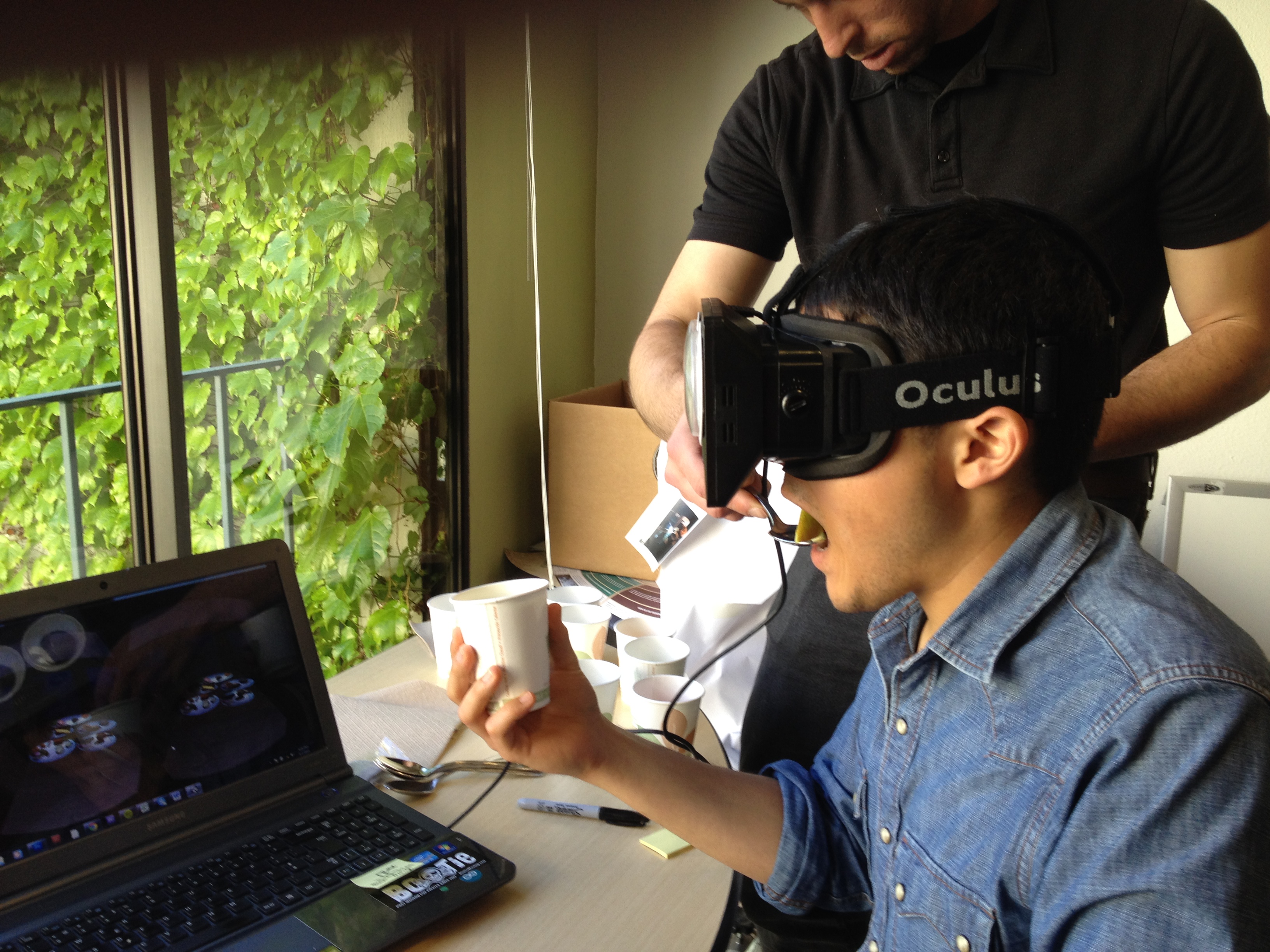 The Virturaunt (Virtual restaurant) project aimed to explore the incorporation of food into VR to better understand the cognitive process behind food consumption.

By building an immersive restaurant environment in Unity, and populating it with sample food items, players/participants were provided the opportunity to select virtual food items they would like to ‘eat’.  Upon the press of a button, an animation played which showed the selected food item flying slowly toward, and then under, the player camera, mimicking what happens when we put food in our mouths.  Simultaneously, the player was fed real food by a volunteer administrator.

This created the opportunity for managed cognitive dissonance.  By allowing the player to select the virtual 3D model of an orange, watching that orange fly under the player camera, and then being fed a piece of lime or grapefruit, the player became confronted with the challenge of recognizing the dissonance.

The point of this exercise was to explore how reality and virtuality can be integrated around selective strengths- imagine a real restaurant environment where you wear an Oculus Rift during the experience to focus your attention on the food, allowing you to savor it more completely.  Imagine if these virtual environments could be customized based on individual preferences.  This same technology has the ability to aid in portion control, food perception, and could be applied to taste-testing and to better understand, statistically, the impact of ambience on the restaurant experience.