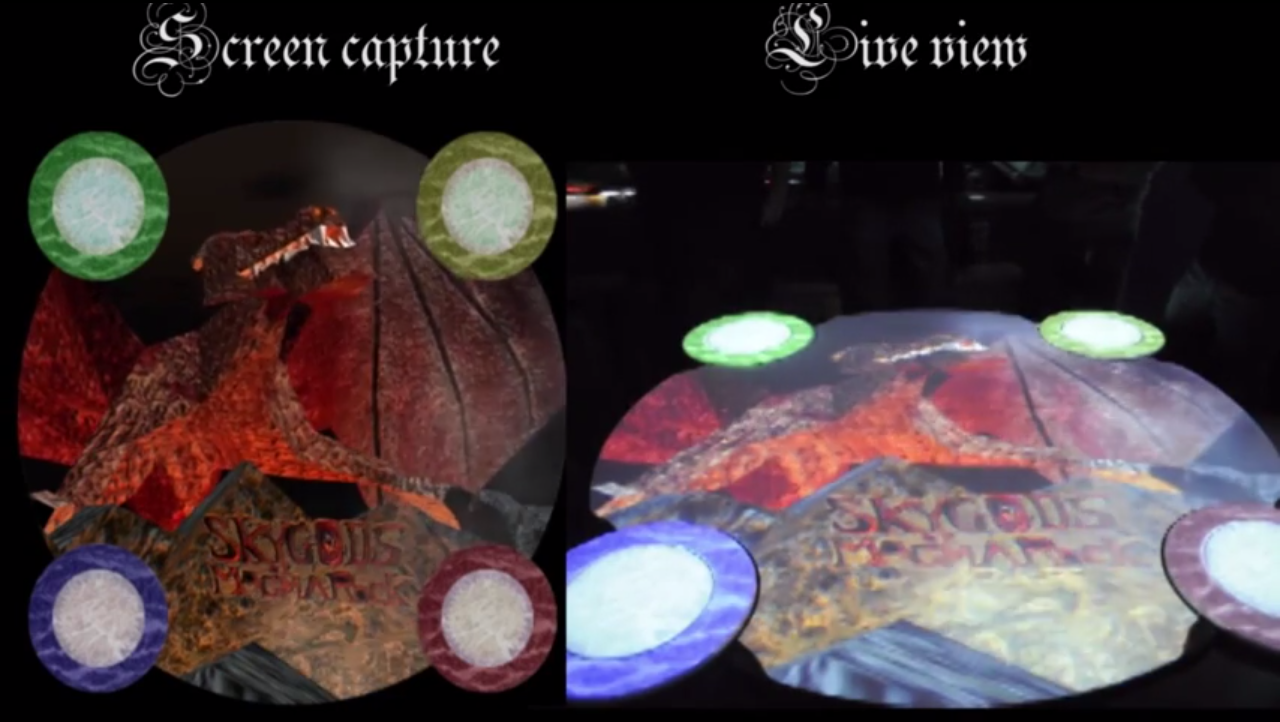 SkyGods of Magmarock was a 2 week long project built across 2 networked Jam-O-Drums.  2 teams of 4 compete in a straightforward capture-the-flag adaptation with 2 minor twists: first, the game leverages a fog-of-war perspective, so that each team can only see in a narrow radius around its units, and second, all players have the ability to slow down opponents with a fire-breathing attack.  This simple combination enables powerful cooperative potential without complicated rules; anyone who’s played capture the flag instinctively understands.

Alex played the role of texture artist and interaction designer on this project.