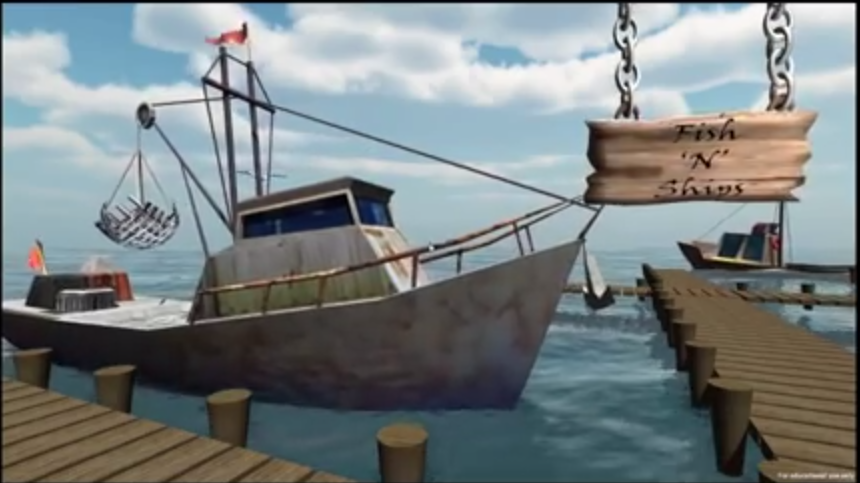 The Fish & Ships game was produced over the course of a single week by a team including Alex, 2 Programmers, and a 3D Modeler.  Alex filled interaction design role, producer, and texture artist.

The core experiment in Fish & Ships is to test a new interaction style- that is, how can Natural User Interfaces (in this case, the PSMove) be integrated into a larger, multiuser environment?  Additionally, what novel opportunities exist for multiuser interactions built around teamwork and collaboration?  Previous BVW (Building Virtual Worlds) projects have experimented with crowd control techniques and technologies, and Fish & Ships takes a similar approach to a point.  Where it diverges is in treating the audience as a single superorganism, in which individuals have more or less control and impact during different periods of gameplay.  This is achieved by having players pass the PSMove between each-other in order to keep their school of fish alive.  As fitting with the theme of the game, teamwork is necessary for survival.

The fascinating thing about playtesting was that players didn’t actually need to have or hold a controller in order to feel agency within the game; in fact, simply by encouraging other audience members who held the PSMove to pass it elsewhere, players found enough reward to want to “play again”, even though some didn’t even touch the controller at all during the initial period of play.